Back home and ready to go 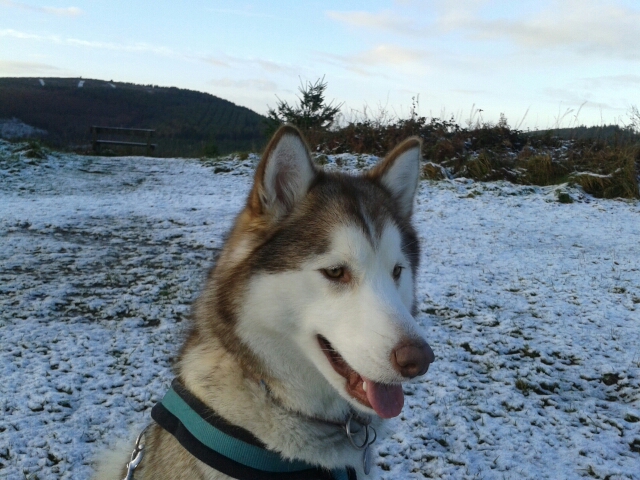 Sorry that I have been MIA for a couple of days I was unexpectedly detained.

I had an appoint with the dental surgeon yesterday with a view to having a tooth mended that had been cracked at my recent endoscopy. Simple yes?

I saw one surgeon who sent me for a CT scan - I assumed this was standard practice instead of using x-rays in that department. Ignorance is bliss.

Hubby and I sat in the waiting room for the scan for almost an hour before I was finally called in. The radiographer was the only person I met that was anything other than absolutely lovely. She led me to the machine and showed me the position I was expected to maintain for ten minutes. It involved walking through the room - no metal allowed even on the way to the machine as far as she was concerned. That might not seem bad on the face of it but ...

Hubby looked at her and I looked at her. We looked at each other and simultaneously looked down at my wheelchair - she wanted me to walk to where and stand for how long? I can manage some small amounts but to stand in an awkward position was just a non-runner. Eventually, she agreed to hubby helping me to the machine and that she would be as quick as possible and I would be on my way.

The whole thing was awful and I was glad to leave the confines of this thorn among the roses.

We made our way back to the clinic and all hell broke loose. The surgeon I had seen was running around with a file and shouting about theater time among other things. We wondered what we had missed because it was sweetness and calm when we had left. We settled back and waited for the activity to settle back down.

The next thing we knew there was a nurse shoving admissions forms under my nose. I'm sorry, am I missing something here? What admission forms? What was going on?

I was taken into another treatment room where a second surgeon came in and examined my teeth. I assumed it was because the damage had been done during a hospital investigation so I pointed out that I had no intention of suing and they could relax.

Apparently the scan had showed something that required emergency surgery in and below the broken tooth. They could not make out what it was, but it clearly needed to be removed and in a hurry. They began under local anaesthetic but soon discovered that I am a little bleeder and knocked me out so they could deal with it. Obviously this meant that I had to stay there long enough to get over the anaesthetic completely so it was late when we arrived home.

I couldn't praise the staff enough. The surgeons were chatty and relaxing and generally fantastic in their approach and their speed and the nurses were beyond wonderful, neither of which has decreased my swelling or bruising though. I do know I have four stitches in my mouth and am not allowed anything other than liquids for another four days - so I guess that's a good headstart on the diet.

Now you know about as much as I do - I will find out at my next appointment on Monday hopefully. It isn't that anybody is keeping information from me but as I refused to stay overnight in the hospital the surgeons had no chance to talk to me. I have spent way too much time in hospitals to stay in for a reason like that.

night night from the multi-coloured chipmunk.

I found out why

YIKES! Hope you're healing well and back to eating normally soon. Take care.

Wow, I hope it will heal soon. I've been on liquid diets because of tooth extractions before, but not for as long as it sounds like you will be.

Wow that sounds horrendous, I hope you are ok going back to listen to what they have to tell you and I do hope it is ok.

Sounds a horrible experience. Hope you feel better soon. 4 days on liquids does seem like a long time.

Oh my! Dental extractions are never fun but that one sounds like a doozy! And you seem so chipper about it. Btw, I am about to start a Master Cleanse liquid fast, so you will have company on this side of the world...

Hubby thought it was great - I couldn't talk much '

I have solved it and found some slimming milkshakes that I like. Am going to carry on with them two days a week from now on as my five and two diet.

Ty, I never seem to do anything by halves do I?

As I am at the other end of the four days it makes perfect sense. I have more stitches than I thought and I am on liquids until it is all so painfree I can brush them with the lovely baby brush they gave me lol. It removes the risk of any food causing problems

I am not mobile so don't eat much except when hubby appears with a cake or something - well it would be rude not to.
I am going back on the five and two diet now the feasting season is over. I lost a lot last year really easily this way.