Back in the day when I learned to cook, everybody had cast iron in his or her kitchens, Teflon coated, non-stick cookware wasn’t even on the distant horizon, DuPont fortuitously discovered Polytetrafluoroethylene (PTFE), that’s Teflon to all you non chemist reading this, in 1938, but it wasn’t used on cookware until the early 1950s. Teflon coated cookware came about when French engineer Marc Gregoire, who used the coating on his fishing lures, was urged by his wife to apply it to her pots and pans, the first commercially produced Teflon coated pan was marketed in the United States in 1961. Today everyone has Teflon coated pots and pans in their kitchens and use it on a regular basis and that’s all good if you are willing to sacrifice taste for ease of cleanup, I, for one am not, so I still cook with cast iron, just as the pros do.

Why do professional cooks cook with cast iron? 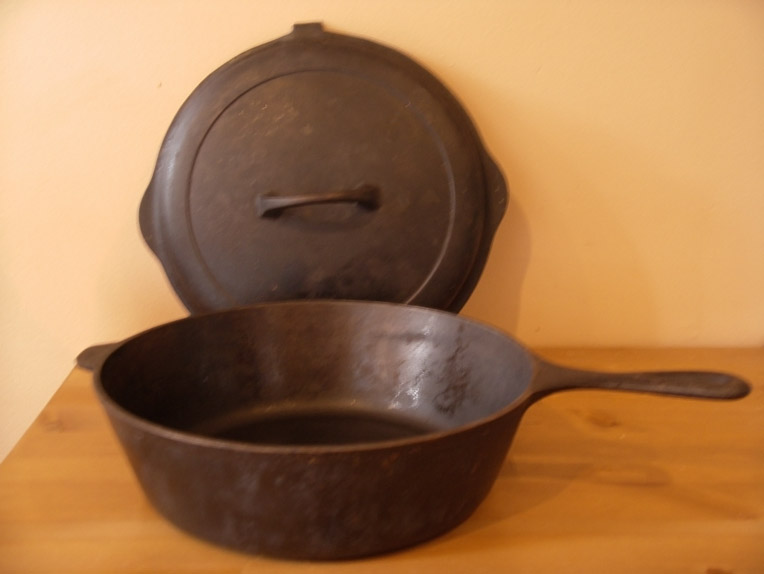 It’s all about a little thing called thermal mass, for those of you who must know, thermal mass is equivalent to thermal capacitance or heat capacity, the ability of a body to store thermal energy. In layman’s language, thermal mass is a measure of a material’s ability to store heat energy and the heavy cast iron used in cookware has a thermal mass many times that of the lighter metals used in Teflon coated cookware, get a cast iron skillet hot and it will stay hot even after you drop a cold steak on it. Teflon on the other hand actually has a very high heat resistance index, which hinders the transmission of heat from the stove’s burner to the food being cooked.

Back in the day we had to “Season” our own cast iron pots and pans, today cast iron pots and pans come already seasoned. “Seasoning” was/is a process where a thin layer vegetable oil is applied to the cast iron and, after allowing it to set upside down on paper for an hour, it’s polymerized by baking in an oven preheated 350 degrees Fahrenheit for 30 minutes; this makes the pot or pan stick resistant.

Quality cast iron cookware, with proper care, will hold its seasoning for many years, unlike other utensils, cast iron pots and pans should not be cleaned in a dishwasher or by hand using a dish detergent because both will damage the seasoning. Clean cast iron pots and pans in hot water using a stiff brush if needed, as a rule all you have to use is a soft sponge, if they are really dirty, you can clean them by scrubbing them with salt and a sponge. Use a paper towel to dry them, once dried, spray them with a lite coating of cooking spray, or wipe on a thin layer of cooking oil before storing them away.

What not to do in the Kitchen

The Best Part of waking up…

yes, the pots you use can make a real difference to the food.

I always use cast iron except for a couple of pots that I have for boiling stuff like macaroni. I agree the flavor is a lot better from the cast iron. 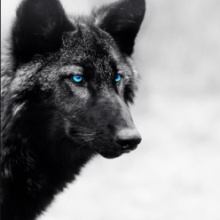 I still use my great-grandmothers old cast iron pan. It's great for cornbread and for frying things like chicken. My pan has a lot of history and has been cooking for from before I was born.

I love my cast iron skillet. I do need to get another couple that are bigger. I do need to rescue the cast iron griddle I had on the grill outside. It got into the weather and is in desperate need of loving. I have a cast iron dutch oven I thought I had killed (left it on a low burner overnight by accident and thought I'd melted it). Just caused the oils to seep out and glass for a while. Was able to clean that out , re-season and voila! Good as it used to be.

I agree, cast iron makes a difference. Now I wish I could own a larger skillet, but unfortunately, too heavy too lift!