Technology and Me: a dodgy relationship 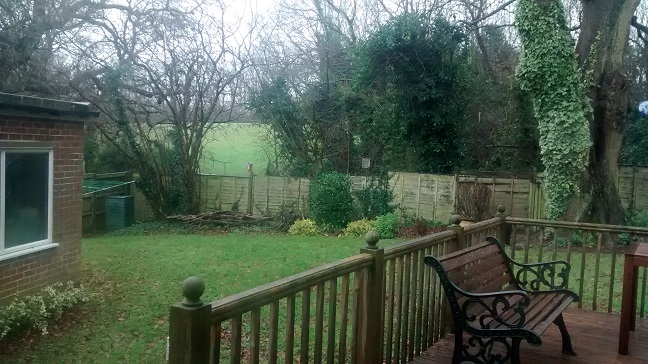 The weather round here seems to be suffering from the post-Christmas blues - or rather soggy greens. I took this picture from our back door this morning. I didn't go out to take it - it was too damp, dirty and disagreeable. However, the good side to this was that I was using my new smartphone to take it.

Now, all smartphones are too smart for me. My last one was a Galaxy S that my daughter gave me when she graduated to a new one, but I kept getting into problems with it, so Rik bought me one just like his for Christmas. That way, he knows how to extricate me from all my blunders!

I expect I should be trying find my way around it. It's not that I'm a technophobe - I'm a technophobe of technophobes! Technology sees me coming. So far, I've managed to make two phone calls that I didn't mean to and taken several pictures of my hand. I'm terrified that one day I'll press the wrong bit of the screen and destroy Moscow or something!

And don't get onto televisions! I have to tell Rik when I want to watch anything we've recorded - or even 'catch-up'! He keeps telling me how to do it - and I kept forgetting.

I don't even drive! My mother tried to teach me when I was 17. It was fine at first - the clutch was fierce, so the car kept stalling when I pressed down the accelerator (at least, I think that's what she called it). Finally, I was gentle enough, and the car started to move - whereupon I took my hands and feet of everything and screamed!

One day, I shall grasp technology. After all, I've only had 66 years in which to do it so far...

Image Credit » Photo of the view from our back door, taken through the window, by me.

So What Am I Doing?

I can drive but technology is generally not my friend either :) 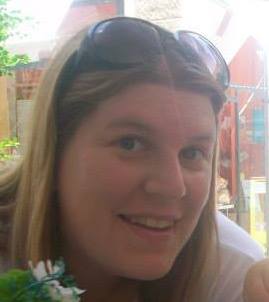 Sometimes it helps to write process of things down (I have to do this for my parents of I would be round there all the time sorting out things for them!!)

Oh, my goodness! I don't mean to laugh, but that story about your attempt to learn to drive was pretty funny :)

I love your garden. I´m a technophobe too, and just hate reading instructions on how to use something as all the techy words are double Dutch. Now if they said press the green thingy and then the red, we would all be better off LOL :)

Machines seem to see me coming, whether telephones or printers!

My husband's a great note-maker. I tend to get into a strop in case my grammar's wrong while I'm doing it, so it takes forever!

Well, my mum was laughing so much that she could hardly get everything sorted out!

Well, Anne, Rik always gets annoyed with me if I get the words wrong - he's a real techie. If he gets too up himself I start talking to him in French or Spanish! He is NOT a linguist!

I'm quite a techno.challenged button.o.phobic too I need dumb tech not smart tech that sees me as obsolete