Who else is glad that Christmas is over?

I hate Christmas. There I said it!

Every year I face the impending celebrations on 25th December with a sense of oh no, not this nonsense again. It seems to start earlier and earlier each year - no sooner have the kids gone back to school after the summer break then the shops seem to start filling up with Christmas stuff. I don't want to be seeing all that sort of thing when I am doing my weekly shop in September. Call me a grinch, I do not care!

I had good Christmasses when I was younger, but I know my parents had to really budget to get us girls the presents that we wanted - we weren't even a religious family so it just seemed like a waste of time and money. As I grew up and started buying presents for people myself, it became more and more absurd. Often, as in the case of my ex in-laws, it became the annual 'let's swap and envelope with a gift voucher inside' fest. What was the point? The voucher amount was pretty much the same as you had spent on their voucher and you were now saddled with a voucher for a shop which you didn't necessarily want to buy anything from. I have had vouchers sat around in my purse for months until finally I found something to spend it on.

As a parent now, I am having to grin and bear it and try and go along with the 'magic' for my younger two children, because school/TV/society is forcing the season down their throats from a very early age. I can't wait until they are older and understand that all the presents are bought and paid for by us and not some dude with a red suit and a white beard. Don't even get me started on the 'Oh look Santa has been' photos which get posted on Xmas eve by parents showing off how much money they have wasted this year...

My first post so I'll make it about cats!

My amazing daughter and her cooking skills! 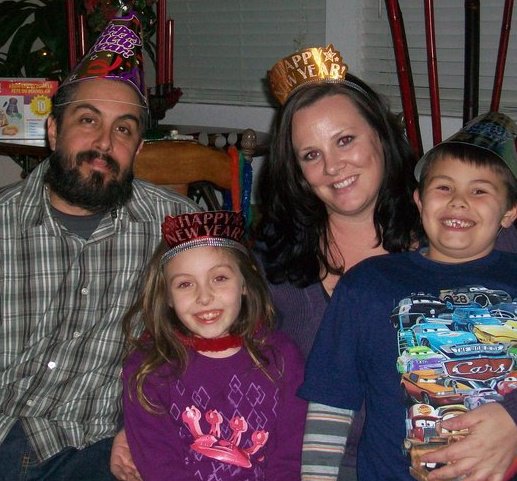 I have to say I'm a little glad it's over. As a parent it's so stressful, definetely not as fun as it was when I was a kid!

I think being a parent does suck the fun out of it a little doesn't it? Hard to sit back and enjoy the 'magic' when you've bankrupted yourself and worked so hard to prepare and cook all the meals. It's one day people. ONE DAY!

Lol, hello Christmas Grinch. Thankfully, my sons are all old enough now to see it for what it really isn't My youngest is 13 soon and I asked him if he wanted decorations up to which he replied, perhaps just the tree please. It went up Christmas eve and is now packed away, gone!

I like Christmas and I also like to spend this celebration with my family but after Christmas I'm always tired.

Hello! Those tags did make it look like I was signing off as Christmas Grinch didn't they? Haha! I quite enjoyed having no tree this year, for the first time ever! :D