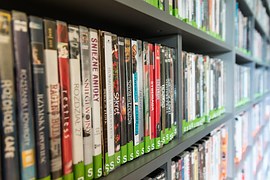 Last night, I watched on an old movie which I think is a classic; The Princess Bride from 1987. It's a movie that is generally safe for everybody to watch, with no swearing, has some funny lines and enough action to make it interesting. Before the torture scene came up, my ten year old wanted me to stop it. He has seen this at school, so I thought it shouldn't be that bad. I just shut it off as I don't want him to have any nightmares. Once they were asleep, my wife and I watched the rest of the movie past midnight. When the wizards came on, I recognized him as Billy Crystal. Besides Andre the Giant, I don't know any of the other characters. It was actually nominated for an Oscar.

I haven't seen it yet but even as grown up I pretty much dislike torture scenes. That is why I never watch the Saw-like movies.

The torture scene doesn't actually contain any violence. It's less traumatic than most kids' cartoons.

This is one of my favorite movies. The torture scene isn't that bad... mostly banter. That Cary Elwes, he was smokin' lol.

I have seen this movie in a while. Definitely a good movie.