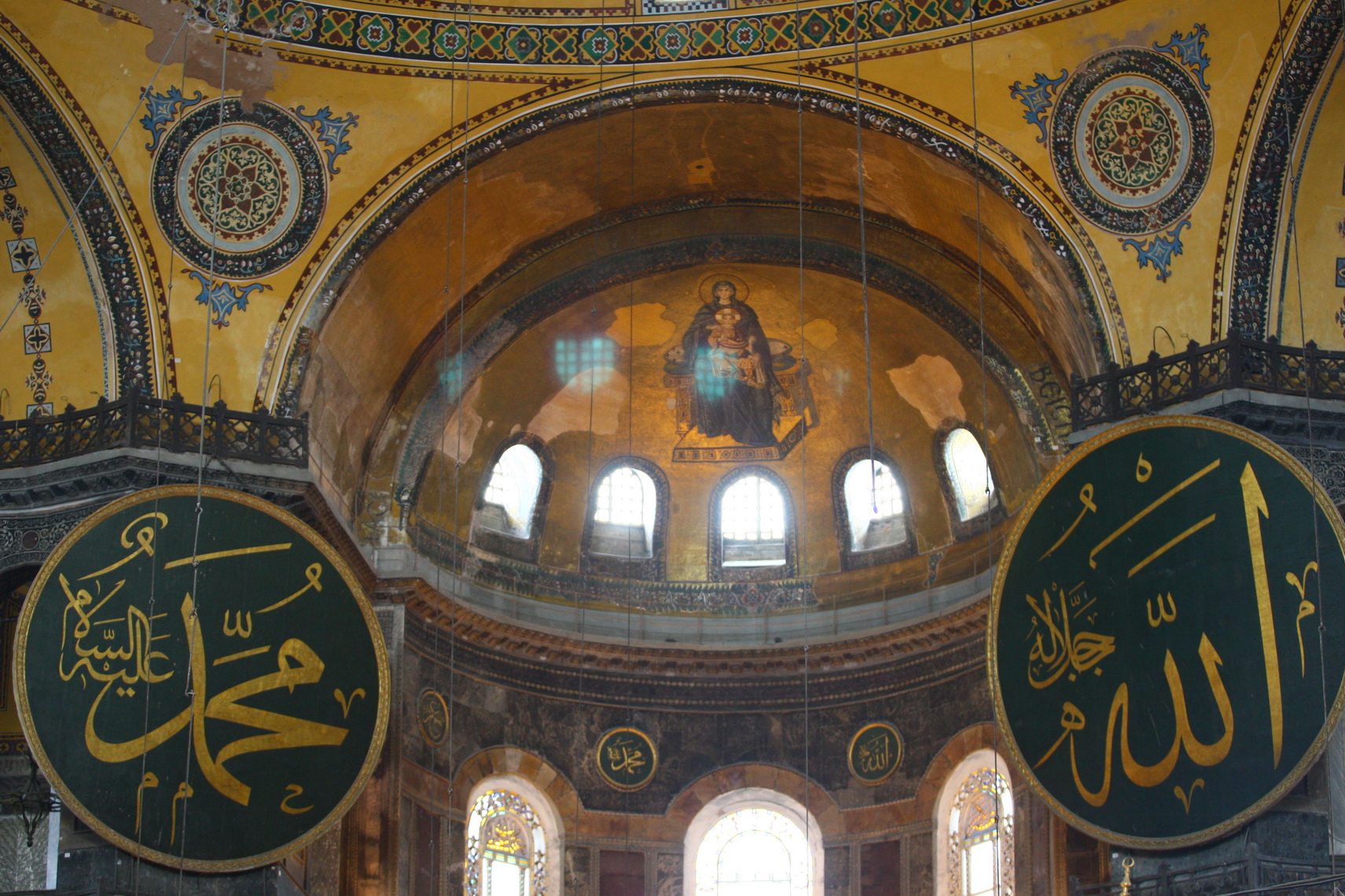 Hagia Shopia is magnificent architecture in Istambul, Turkey this is the place i wanna visit since i read Dan Brown's book Inferno

If you see the image i inserted here, it's taken from Hagia's dome where there Jesus painting on the dome and Islamic caligraph of Allah and Muhammad around it

Turkey have such a long history and perhaps the richest history of the world for it's in the middle between Asian and Europe, which make it very unique

Yup, this my place i wanna go

Place where all mortal iconoc religion loose their meaning

Place that we're gonna realize that heaven is in our soul, not in any religion

Now They Know I'm An Alien

I don't know anything about the book, so I can't comment on that but it sounds like a really neat place to visit.

In the Age of Empires game that I play there is a building called Hagia Sophia. I didn't know what that meant until I read your post. I'd like to visit that place too.

Nice article. At least we are getting more information about Hagia Shopia and hoping so that someday I will visit that place.

I never think about going to Turkey though my ex-boss visits there every year.

I have never been to Turkey, but it is one of the countries that I would like to visit one day. Istanbul and Hagia Sophia will be part of that trip.

& AlexisYuliani I also want to visit Turkey one day! Hope I can do it soon.