4 Fun facts about the Coca Cola 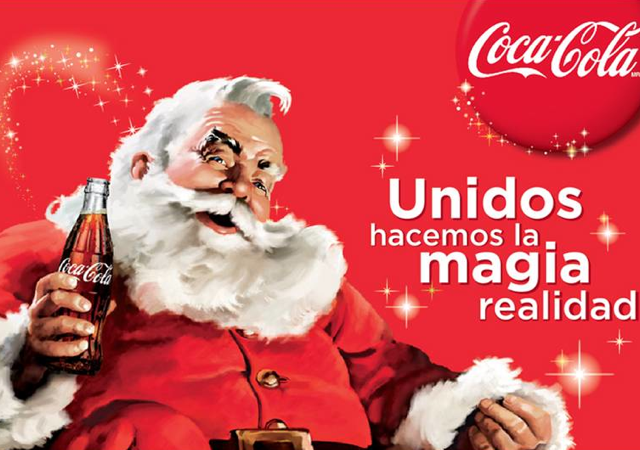 It was Coca Cola who gave the present form Santa Claus , since previously wore green or blue. In the 30s the artist Haddon Sundblom created the character with red clothes drinking Coca Cola , generating a new trend , especially among children.

It began as a medicine

John Pemberton was a veteran of war morphine addict . To end this created the Coca Cola , based on coca wine . At first it was marketed as a nerve tonic , and then became a cure for morphine addiction , impotence and headaches , among others.

The bottle was based on a cocoa bean

At first , all bottles were equal, and if the label fell and could not be distinguished from any other product. To end this Coca Cola tried to make a design resembling a coca leaf or the kola nut , without success. It was when they saw a cocoa bean they could think of the design that we all now know .


Mexico is the largest consumer

Fifth Harmony today launched its new single Worth It

Those are some interesting facts but I heard coke is bad for health and I don't really like the taste.

Stef77 Interesting! In my personal case, it has been years since I drank Coca Cola or any carbonated beverages for that matter. I do use to enjoy their Christmas commercials featuring polar bears.

Interesting things about coca-cola. I must say I like coca-cola very much and I know it's not so healthy.

wao these are were new and informative facts for me , i liked them very much