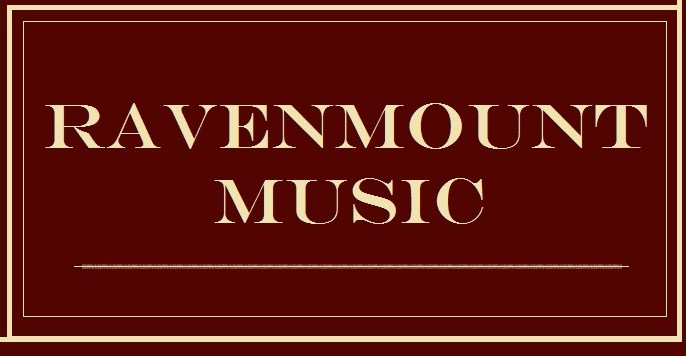 Tonight's carol is highly appropriate considering some of the headlines on the news over the past day.

Coventry Carol is a song about a gruesome episode in the Bible, where King Herod orders all male children within a certain age range slaughtered because he hears it fortold that a baby born recently will be his undoing. This is hardly the only time a king is shown to take such drastic action, slaughtering innocents to try to remove an infant threat that somehow survives and defeats the king. Actual historical data from the time does not support this story as it appears in the modern Bible translations, but that is not surprising considering how much time would have passed between the events that inspired the story and the point at which someone wrote the manuscript that became that part of the Bible. It is a classic tale, regardless, and not one I would have expected to hear in a Christmas carol.

However, it has been popular in past eras to focus on one's salvation around Christmas time, being super penitent and focusing on themes that reinforce fear of damnation. Winters were deadly trials for most people in earlier centuries in England, and this song dates back to the 1500's. During that time, babies and elderly people tended to die over the winter, because heating was not always available and sufficient good, healthy food was hard to come by in mid-winter. One choir director who conducted this song for us mused on whether this song was one that became popular because it was a way of publically grieving for the lost infants and children of those singing or hearing this song. In that sort of mood, where damnation is real and terrible and death is always nearby, maybe Coventry Carol works perfectly. It is certainly a beautiful song.

Traditionally Coventry Carol is sung a cappella, which just adds to the creepy wrongness, and to its beauty.

Here is Hayley Westenra's rendition, one of my all-time favorites- http://youtu.be/gjykMVzFd7g

O sisters too, how may we do, For to preserve this day

This poor youngling for whom we do sing Bye, bye, lully, lullay.

Herod, the king, in his raging, Charged he hath this day

His men of might, in his owne sight, All young children to slay.

That woe is me, poor Child for Thee! And ever mourn and sigh,

For thy parting neither say nor sing, Bye, bye, lully, lullay.

12 Days of Christmas: The Holly and the Ivy

That's an interesting story. What is your documentation that the story of Herod is not true?

I'll have to look for the sources again, but this was general knowledge according to my anthropology and history grad student friends, and they had peer reviewed research to back them up, that while there was apparently a real Herod, he didn't reign at the right time to be king when Jesus was supposed to be a toddler/infant. The basic story, of a king who orders a slaughter of babies to prevent his nemesis from surviving, shows up in the Arabian Nights stories and their predecessor folk stories, and also shows up in various forms in Greek stories/histories. I know my former fundamentalist church would have some sort of clever work-around to stick with the literal Bible story, but from my understanding, and from what I read while I was in grad school a few years ago, the ball is in the fundamentalists' court if they want to find proof that the Bible story is factual history rather than what someone wrote based on hearsay and accepted knowledge, several decades or more afterward.

It's a lousy source by itself, but wikipedia sums up what I remember reading in more detail, though it was actually not the timing (there were a lot of different kings named Herod), but the lack of mention of this event anywhere outside the Biblical account itself. Considering how much killing went on during that time, on all sides, maybe it just was not seen as worth mentioning, in other records of that time. "Regarding the Massacre of the Innocents, although Herod was guilty of many brutal acts including the killing of his wife and two of his sons, no other source from the period refers to the massacre. Since Bethlehem was a small village, the number of male children under the age of two might not exceed 20, and this may be the reason for the lack of other sources for this history. Modern biographers of Herod tend to doubt the event took place."(wikipedia)

Thanks. When I have time, I may look into this further. I have found that secular universities and anthropologists also love to discredit anything that doesn't come from what they accept as legitimate sources. They are far from objective sources. Usually Biblical authors write about what is most important to them in documenting something. Other historians don't always think it's important. Those who wrote the Gospels were most concerned about the life of Jesus. At that time, only Christians and their enemies cared much about it.

Look at us. We each write about things we observe and do that no one else would be likely to write about. Does that mean they didn't happen? The more famous you are, the more other people care. Most of those familiar with the birth and childhood of Jesus were common people and didn't write. Yes, the events were related orally and passed on, but that doesn't mean they didn't happen. Nor does that similar things may have happened somewhere else mean that another those events were more historical and the story of concern was derived from it.

True, people on all sides seem to enjoy picking apart and discrediting each other's perspectives. We all know, as well, that oral histories morph over time, depending on the interests and perspectives of the storytellers who pass on the histories, and anytime translators and compilers are involved, there are additional filters between what actually happened and the story told about those events centuries later. Certainly Herod the Great killed or had killed many people, of all ages,including his own family, and killing people was a pretty common solution many rulers chose for all sorts of problems, and the Massacre of the Innocents, whether strictly true or not, certainly makes for a dramatic tale, true to the character of Herod and other kings of that time.