Drugs And The Society. 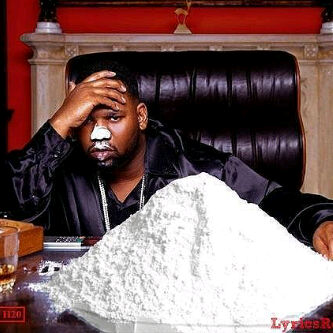 it is my pleasure in writing on this topic because i learnt a lot while living with many of my friends who got addicted to the use of hard drugs in my locality. it has been many decade when international community place an embargo in the importation and use of hard drugs in many societies. although, the use of drugs are not totally banned but, there is a restriction in the use of it due to the addiction and abuse of drugs because, drugs have its negative and positive effects in the lives of the consumers. addiction, drug abuse is linked to variety of health problems, including HIV/AIDS, cancers, heart related diseases and many more. it is also linked to homelessness, crime and violence. thus, addiction is costly to both individual and society. now, how do people living with this acts see you "non consumers"? often than not that i have been brutally maltreated by such persons, why? for not accepting to join the league. each time i had a closed stay with my peer group, they kept persuading me to take a rap of marijuana. one faithful morning, i decided to join up when they visited me in my lodge then at school but, i remembered something my father told me, never should i get involve in hard drugs because he had been a victim of it, knowing how it affected him emotionally and psychologically. so, i buried the thought of taking it. the worst part of this abuse of drugs and addiction is that, the consumer lacks the sense of respect for the elderly ones and sees lives around him as common thereby, placing them to be regarded as a notorious in every society. now, i have a question, do teens know the effect of these hard drugs like marijuana, cocaine, indian herbs before joining the bang wagon? is it sure that parents behavior toward their children can make them to addicted to drug? does poverty constitute? what role need the parents play to combat the intake of hard drugs by their children? finally, you can type in you question on this issue..

DO YOU HAVE A VISION IN LIFE?

Thanks for the sharing and I am looking forward for your good articles. I also have friends that have drug addiction and they are still in the drug rehabilation center. God bless you. Stay in good health.

I think the way the law deals with drug addicts is not good. The government should send all the recovering drug addicts to help in the hospice, so that they can see how people die.

I just wish those addicted to drugs would get the help that they need to live a clean and sober rest of their lives. It is awful how some become so addicted. It shortens their lives.