A few Interesting Facts about Spiders 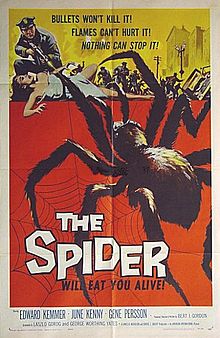 Spiders make some people to shake with fear while other people stare at them in awe; I remember my first encounter with an eight-legged arachnid, an encounter that left me with a bad case of arachnophobia for many years to come. I was six, or seven years old when I ran right into the web of a huge yellow and black spider, in the field of sunflowers growing behind one of our barns, to my young eyes that spider looked as big as a house. Perhaps I wouldn’t have been so frightened if it had just been that one spider and that one web, but as I knocked that spider off my arm, I realized that there were dozens of webs and dozens of those huge, black, and yellow spiders all-around me. for many years after that, just sight of a spider sent chills running up and down my spine, I was well into my teens before I overcame my fear of spiders, today I have no fear of arachnids, just a healthy respect for them.

Spiders are everywhere, according to scientists there are roughly 40,000 different types of spiders in the world and they believe that there an equal number of different species yet to be discovered. Perhaps that’s why spiders are such a favorite amongst Sci-Fi screenwriter beginning with the Earth Vs Siders in 1958 to Spiders (2000) and Spiders II (2001).

Of the 40,000 known species of spiders, the majority of them are poisonous with the Black Widow being the most venomous spider on the North American continent. The Brown Recluse, the most common of the brown spiders, runs a close second to the Black Widow as the most venomous spider on the North America continent but found in a more limited area, being found mostly in Kansas, Oklahoma, Texas, Louisiana, Arkansas, Missouri, Mississippi, Alabama, and parts of Georgia, Tennessee, Kentucky, Ohio, Indiana, Illinois, Iowa, and Nebraska.

If you think that you’ve been bitten by a Brown Recluse spider, count the spider’s eyes, don’t go by the violin on its back, almost all spiders have eight eyes, one for each leg, except the Brown Recluse spider, which has only six eyes. If a spider bites you, don’t be a Garfield and squash the spider, put it in a container and take it to the ER with you for positive identification.

When you see Spider Man swinging through the air with the greatest of ease, like the daring young man on the flying trapeze, that’s not so unrealistic, a single strand of the silky substance that a spider uses to spin his web has a tensile strength greater than a strand of steel of comparable diameter.

The largest known spider, the Goliath Birdeater, is the size of a newborn puppy and can weigh as much as one-half pound, the longest spider’s leg span, the leg span of the Giant Huntsman, can measure up to 12-inches.

Spiders can’t eat solid foods because of their minuscule gullet, so they liquidize their prey by flooding it with their digestive juices and grinding it up using their legs.

The venom of the Brazilian Ian Wandering spider is nature’s own remedy for a human male’s erectile dysfunction, but if you are suffering from erectile dysfunction, stick with Viagara, don’t go looking for a spider to bite you. The erections caused by the venom of a Brazilian Ian Wandering spider are very painful and other side effects of their bite aren’t pleasant either.

Some Unusual uses for Butter

If I am bitten by a spider, i do not think I will be calm enough to catch the spider and put into a jar. 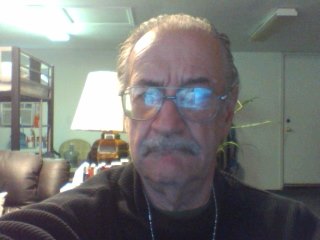 Most people aren't, but doing so makes the doctors job easier when it comes to selecting the right treatment regiment.

If I were bitten by that spider, i think I will kill that stupid spider.

I like spiders but maybe that's because I live in an area where there are no poisonous spiders.

Catching a spider who bit you is not the first thought that comes to one before calling 911, nor is the one driving you to the ER likely to think about that. I can recognize a black widow easily enough that I believe I can avoid being bitten unless it catches me asleep. I hope I do not encounter a violin spider. I might have trouble counting its eyes if I'd just been bitten. i am only afraid of poisonous spiders, but really don't like any species too close to my bed.

Well when I was a kif I love to play spider fighting each other while hanging in a stick. Now I don't know why ever time I see spiders, I hate them. But I love spiderman movie. Lol. Anyway, good afternoon.