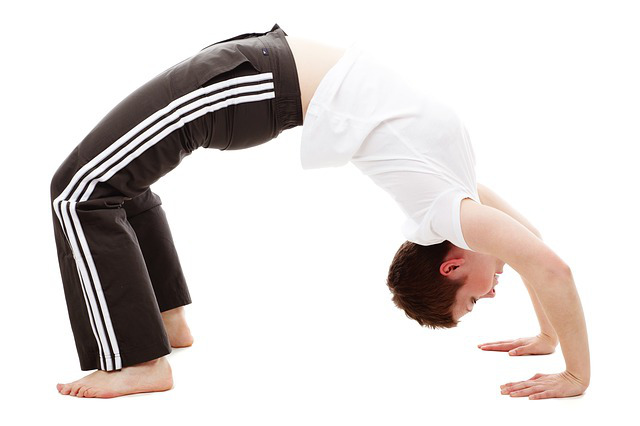 Flexitarian is a word I've only recently encountered, although it was added to the Merriam-Webster dictionary in 2012, and is a concept dietitians have been familiar with for more than a decade. In essence, a flexitarian is a vegetarian whose eating habits are flexible . That person might therefore eat the occasional serving of meat, poultry, fish or seafood, in addition to a diet based heavily on foods of plant origin. The flexitarian may eat eggs or dairy on a regular basis, or she might include those foods among the ones she eats only once in a while.

The benefits of being a flexitarian are often expressed as a matter of convenience or fitting in socially with friends or family members who are omnivores. And I think that's a shame! The flexitarian diet is sometimes called semi-vegetarian, but there are those who go so far as to say it's pseudo-vegetarian, as if it's not a valid option and the flexitarian is some sort of cheap poseur. The implication is that by choosing to include some foods that are of animal origin, even sporadically in one's diet, the vegetarian is selling out.

The problem with that line of thinking is that there are some nutrients that can be difficult for a vegetarian to consume in adequate quantities. This is especially a concern wherever certain key foods are difficult to obtain, or if that person also has certain food allergies, intolerances or dislikes that might take important foods off their personal menu. Deficiency in vitamins B12 and D, iron, and calcium can become an issue if food choices are too restrictive. Such deficiencies can be serious for younger vegetarians whose bodies are still growing, and especially for menstruating girls.

The flexitarian diet allows the young person to supplement plant-sourced foods with meats when he gets a craving, or when she knows her body needs more of a given nutrient. So the person who normally doesn't eat eggs might choose to eat them on a day when he isn't planning to eat a B12 fortified cereal. Or she might eat oily fish or organ meats once a week during the winter, to compensate for the lower exposure to sunlight. These choices aren't selling out, and they aren't about being a “fake” vegetarian. They're about opting for a healthy diet that simply includes additional choices.

The flexitarian benefits from the overall low fat, low calorie and high fiber emphasis of the vegetarian diet, and can also feel good about making choices that are healthier for the planet too. But, it affords the individual more choice when it comes to both health and nutrition, and satisfying an occasional craving for meat, dairy or eggs. That eating a flexitarian diet also means less angst when the individual joins friends and family for a meal is also a healthy thing, at least in terms of emotional and mental health! So treating this dietary choice as if it were a half-measure is not only unfair, but short-sighted.

This is my Health and Fitness entry for Dawnwriter 's A-W Category Challenge . Thirty-five categories down now, and just one more to go!

I think a foodie has a lot more fun and I will stick with that. I get to experience new foods of any category and I don't have to worry about whether it has something it in I shouldn't eat. After all I am only going through this once.

One thing I like about dictionaries in that they keep a vigil on new words that are 'coined' and then slowly add them. No one will know their origin though as the dictionaries will not be generous on that count :grin:

I found one 'coined' word - 'humblebrag'. It got introduced in the 21st century but you know the origin of dictionaries.
I wonder if there are any 'humblebrags' here. :grin:

This is basically how my doctor wants me to eat. Veggies, fruit, whole grains, and when I eat meat only chicken and fish.

I don't believe in one life but I am more in line with an omnivorous diet all the same :)

Have you seen lexicographer Erin McKean's TED talk? She explains how words get into the dictionary

But in the dictionary itself we will not find the origin. :)

If you look in an etymological dictionary you might find a specific reference to the coining of a word or to the first known use. Even in a basic dictionary, this might be true.

But if you want someone to take ownership of a word? You probably won't be satisfied until people start trademarking new words....

I think most doctors would like to see most people eat this way :)

I think all food groups should be eaten in moderation. Too much meat is bad and so is absence of all animal-sourced food. Why deprive yourself of good things that nature provides us with?

I agree with you completely! There are plenty of nutrients in both meats and vegetables. And we should eat them both in moderation.

That's an interesting and useful way of looking at diet

That's a new one on me (the word, I mean, not the choices). Interesting article.

I was always a flexitarian - an ovo-lacto-vegetarian who ate meat occasionally. I still prefer vegetarian food but I'm just as happy tucking into a chili con carne as a chili con quorn.

I have to agree with you. I'm somewhat of a flexitarian. I prefer to eat a lot of fruits and veggies and meatless meals, but I do eat fish about once a week and chicken strips occasionally. Eggs, yogurt and goat milk are a regular part of my diet, but in very small quantities.

It sounds like a word from Mars. I think we can create many words with flexi in front.

Interesting and I like that word. Possibly I could be a bit of one as I eat mostly veggies but sometimes chicken and eggs.