How to get the most out of Disneyland even with large crowds. 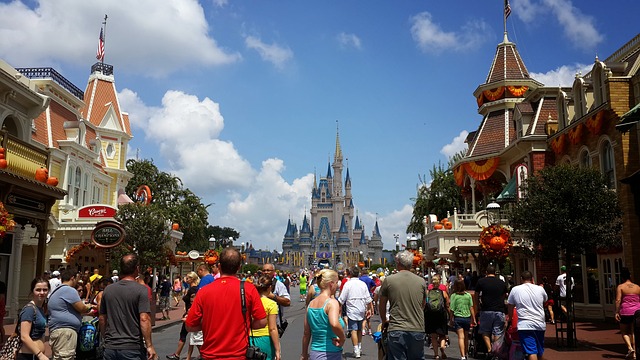 As a lifelong resident of California I know a thing or two about Disneyland. Disneyland is a wonderful theme park located in Southern California and I highly recommend to anyone of any age. Now is a busy time at Disneyland but it's only going to get more busy from now until the end of the year. Every year Disneyland is heavily decorated for the holidays and it's not uncommon for the park to reach capacity. Here are a few tips that I'd like to share with you so you can enjoy Disneyland even with large crowds.

1. Do some research before you go.

There are several websites online that can give current updates to various things about Disneyland. It's a smart idea to do some research about certain things before you show up at Disneyland. You can go to the official Disneyland website to look up showtimes and any special events that might be happening. Make sure you check to see if there will be any days where the park will close early. I went to Disneyland a couple days before Halloween once and was only able to be in the park for about two hours since the whole park was planned to shut down for an employee party that day. Check to see for things like that so you won't be disappointed when you arrive at Disneyland.

2. Fastpass is your friend.

When there are large crowds except to wait by standby (the regular line) for at least an hour per ride. It's not uncommon for some standby lines to have a 3 hour wait time during the crowded season! To avoid lines get a fastpass. Fastpass is a ticket you can claim that will tell you to come back a certain time to ride a certain ride. Usually you'll be able to get on a ride within 10 minutes if you use a fastpass ticket. An important tip I can offer is to get your fastpasses early. You can only claim so many through the day so try to get the fastpass in the morning. If you see a ride that doesn't have too long of a line you might even want to consider getting the fastpass, then waiting in line to ride it and then come back later to use the fast pass when the line is longer. That way you can enjoy the ride more than once in that day without having to wait long.

3. Ride the big rides during the parades and shows.

This is a great "secret" of mine that I don't mind sharing at all. The lines to a lot of rides will be much smaller when a parade or one of the bigger shows is going on. Yes this means you'll miss the parade but it's almost worth it because you'll find out the wait for the rides will be much shorter. Some rides you can actually see the parades going on from them so in some cases you get the best of both worlds.

I've been to Disneyland on Christmas Day and that was probably the most crowded I've ever seen it in my life. Just take things slow and relax. Don't get frustrated over the large groups of people or wait times. If anything I'd really suggest going for a couple days when it's crowded. That way it is possible to do everything that you want at a more easy going pace. If you try to do everything you want in one day when it's part of the busy season you'll be frustrated and find out that there's no possible way to do everything in just one day.

Those are good tips. I like the one about going on the rides while everyone else is busy watching the parade.

I was in one of he early parades at Disneyland shortly after it opened. My junior high band was invited to participate. My dad helped build and maintain Disneyland before it first opened. His company built the moving sidewalk that led to the Monorail. I'm not sure either is still there. Because of my dad's relationship to Disneyland, I've been able to eat at the 33 Club a couple of times and spend some time in the hospitality center reserved for guests of employees. There are quite a few parts of Disneyland you don't ever see without connections.

I read the authorities closed the park recently when it was at capacity. That's not happened to us in the 10 years we've been going to Disney but thanks for the heads up.