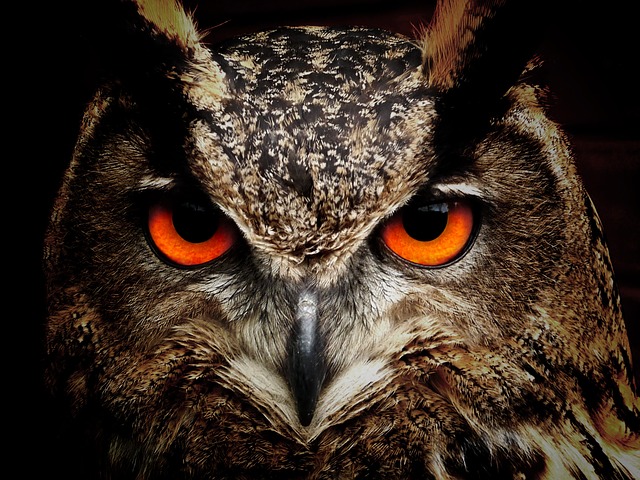 Diwali is a five Diwali day Hindu festival which celebrates the beginning of the Hindu New Year and the homecoming of Hindu god Ram after 14 years of exile. It is also known as the 'festival of lights' as people decorate their homes, shops and public places with candles, earthen oil lamps, flowers, mango leaves and colorful rangoli patterns. Crackers and fireworks are set off to light up the night sky in a riot of blazing colors.

The festival is held in October/November and celebrations feature the worship of Hindu gods and goddesses, Ganesha and Lakshmi and special prayers are held in homes and temples for wealth and prosperity. Hindu families also spring-clean their home, wear new clothes and exchange gifts, sweets and dried fruits with friends and families and prepare festive meals.

So what does this festival of lights and colors have to do with owls and why are wildlife groups particularly worried about the nocturnal birds of prey in India during Diwali? To find the answer to this question, we will have to explore the deep-rooted beliefs and superstitions that are still prevalent in large parts of India.

Diwali is a joyous festival that celebrates the triumph of good over evil, light over darkness and knowledge over ignorance but quite ironically it also signals death for thousands of owls who are sacrificed for the sake of black magic rituals and occult medicine across the country. Hindu spiritual healers (tantriks) use body parts of owls, such as the skull, claws, feathers, ear tufts, heart, blood and beaks, in rituals that are believed to attract wealth, cure diseases and help gain success in exams or finding jobs.

The practice of sacrificing owls begins after Dussehra and peaks on Diwali causing a serious threat to India’s biodiversity. Owls are sacrificed during these auspicious days and amulets are made out of their body parts which are believed to contain powers that lead to wealth and better fortune.

Those who believe in these superstitions include people from India’s poorest and illiterate class to the educated, urban elite. Whether one desires a son, wants to amass wealth or put a curse on one's enemy, local shamans or tantriks hoodwink people into paying hefty money for the rites which involve sacrifice of the owls.

According to Traffic, the organization which monitor’s wildlife trade, the Rock Eagle owls are highly sought after for this purpose because of their false “ear-tufts”, which are considered to have the greatest magical properties. In its report titled “Imperiled Custodians of the Night”, Traffic also highlights how owls, their eggs and their various body parts are used in black magic ceremonies, for consumption, for street performances, taxidermy, and occult medicines without any regard for the long-term implications of this activity.

Owls play a very important role in the ecosystem . As birds of prey, their diet consists of rats, mice and insects that can play havoc on crop fields. Hence, their presence is essential to keep the population of rodents under control in a country where agriculture is of paramount importance. The illegal trade of owls is widespread in India . Though the Indian government has strictly banned the buying and selling of all wild birds within the country but such steps only make these deals more lucrative for the shamans, bird traders, poachers, snake charmers and various ethnic groups like Baheliya tribe which are experts in catching birds. It is estimated that buyers pay $67 for a barn owl and $900 for an eagle owl.

As long as people continue to believe in superstitions and think that the only way out of their marital, financial and health problems is to indulge in black magic, the future of this bird looks very bleak indeed. It is just one more example of how human greed and selfishness is threatening the existence of a species and taking it to the brink of extinction . And I wonder how the shamans and all those people who are working hand-in-glove in facilitating the illegal trade will then earn their living?

First published in Helium.com under my real name but now the article is removed from there

Be Happy with What You Have

I love Hinduism, I think it is a beautiful religion. Thank being said, I don't think they should be sacrificing owls or any living being.I am a Pagan, we sacrifice bread and wine/mead instead of anything live, I think its a good compromise.

I am a Hindu, but not superstitious and I don't support in killing any living being, be it owl, goat or hen.