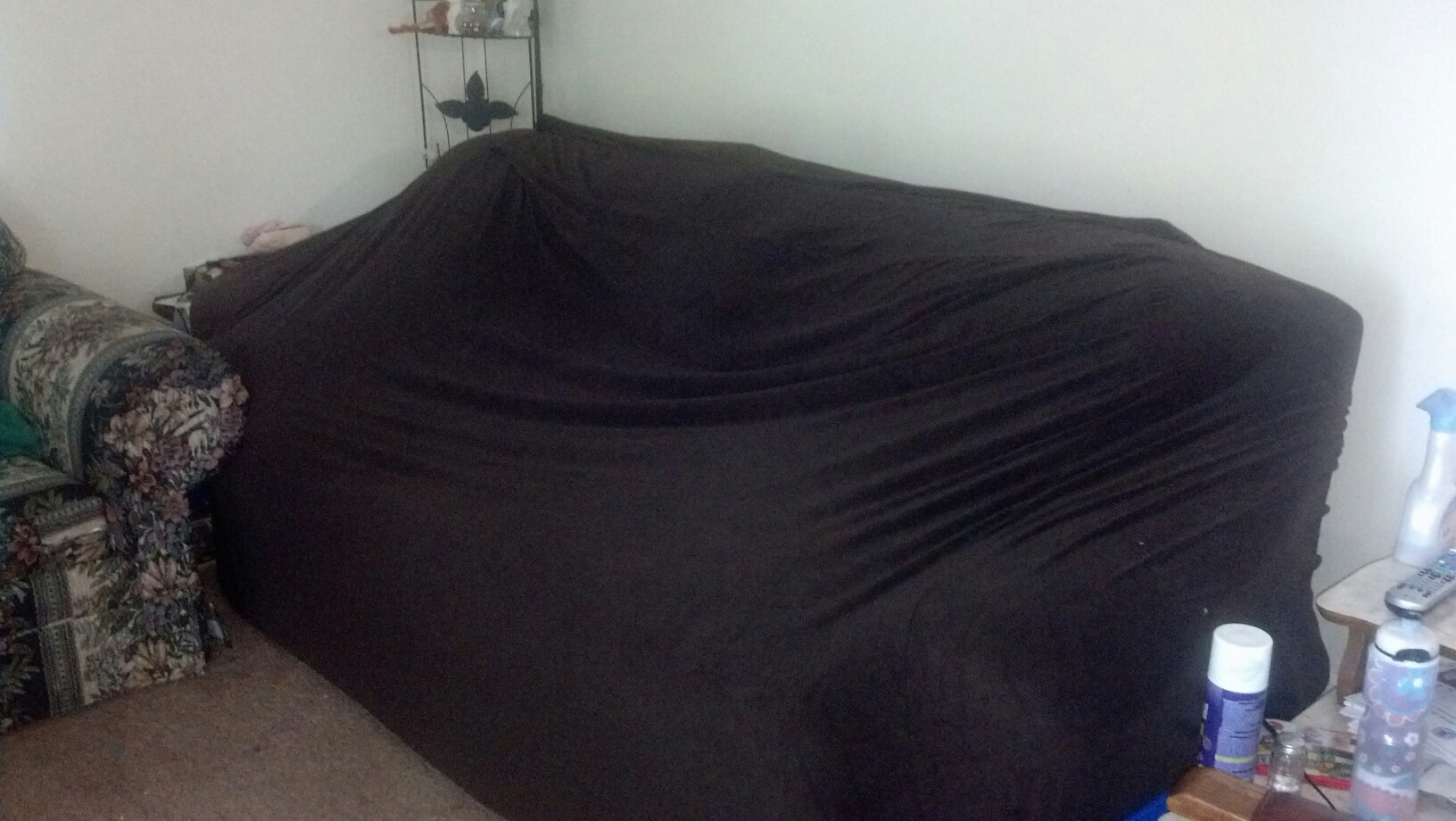 Our sofa has seen better days. The kids have managed to spill all kinds of things on it. The dark brown material is splattered with stains. I have been covering the worst of it with throw blankets and pillows but today I had enough. I went out and bought a slip cover the same color as the couch.

It seemed like a good idea at the time but I am now reconsidering the purchase. Encased in a plastic zipper sealed bag the thing looked innocent enough. However, when I removed it and tried to install it on the sofa, its true villainy was revealed.

There were no directions and no indication of left, right, up or down. There were seems and elastic, that's it. A handy little arrow taped to the inside would have been helpful but that would have made the trap usless. You see, it is advertised as slip cover that is versatile and easy to put on, but what it really is, is a net/body bag.

As soon as you get the elastic around one end of the sofa and try to put it around the next end, the first end snaps off. Slip covers are even more tricky than fitted sheets because if the sheet snaps off an end it is annoying but the slip cover actually attacks. Depending on how hard you are stretching the elastic,(I tired to put it on side ways the first time.) the end of the cover gets serious air time and falls over your bent head.

This picture is where I gave up. I called my mom for reinforcements. She will be over in a little while and we will try it again.

And the evil of slip covers continues throughout their use. The only way they remain in place is if you merely look at the pieces of furniture covered. If you use said furniture, the difficulty begins again. I wish you patience and good luck -- I suspect you'll need both. : )

I stick with large throws. A LOT easier, especially as they need washing regularly in our house with a cat and small children here regularly.

I totally agree with you. i had one once, and only once, because of the villainy you have so aptly described. i even had trouble with textbook covers in high school. You just just imagine me with a slip cover.

LOL... I remember using these. I gave up and bought material and just recovered it myself.

lol, you have made me glad I never decided to buy slip covers. I will think of something else.