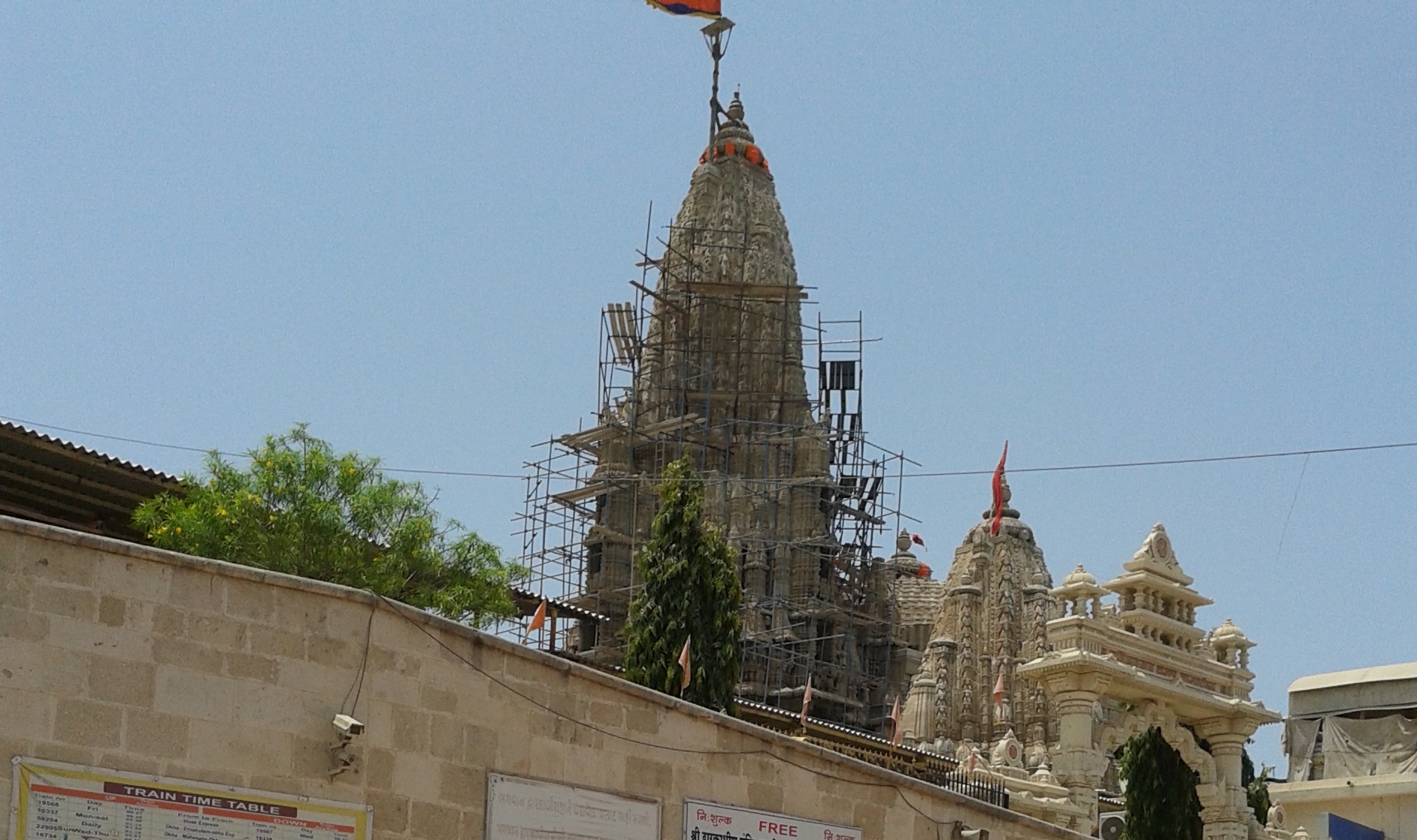 Lord Krishna had been about 3000 BC. He was born and brought up in Gokul & Mathura (located in Utter Pradesh state of India), but afterward he had been shifted to western area and established new kingdom called “Dwarka Nagari” and ruled successfully years and years.

Dwarka Nagari is located in coastal area of Gujarat state of India. It is said that during Shri Krishna’s tenure, people of Dwarika Nagari was so prosperous, it was constructed in gold and as time passed it was sunk under water due to natural calamity like Tsunami and earthquake.

Present temple of Lord Krishna was built in 200 BC and it is said that was originally built by grandson of Lord Krishna, expanded during 15th century. The temple is known as “Dwarkadhish” temple. “Dwarkadhish” means king of Dwarka. Dwarkadhish Temple is one of famous pilgrimage place of Hindu.

Other than Dwarkadhish temple, Gomati river ghat, Rukmani temple, Nageshwar temple, Gopi Talav are also worth visit place in Dwarka. We often visit Dwarka as it is only 150 km away from my home town. Now Gomati river bank and sea shore is well developed by Reliance Industries Group. One should must visit this place when you plan tour to Gujarat state of India.

Image Credit » Photos taken by me

Which phone operating system is best?

Hi kent_123 ! Indeed Dwarka is a very beautiful place to visit for any reasons, main being the Krishna temples, they are a treat to eyes!

Hi, ashuli, thank you for comment on my article. Have a nice day...

That is interesting information about India. I am sure it's a beautiful country

I love stories about history and this one was a good one.

Kwriter-25, thanks for reading my article....I have many more historical articles to share....I will do it at appropriate time...

it's always very enriching to read about other country's history and culture. i love your country and i love its very colorful history and varried culture!

Thank you for reading my article...:)