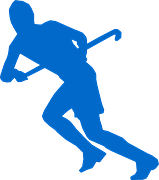 And by beating Pakistan winning the finals it gets direct entry to Rio Olympics for 2016.

This has boosted the Morales of the Hockey Players and the Fans all over India and the World.

This was for the first time after 48 years that too in the Finals of Asiad, since 1966.

India had not seen finals after 2002 at Busan where they lost to South Korea.

The victory over Pakistan is always remarkable.

Collecting abundant scraps and garbages in the cities

Surely this great achievement will boost the Morales of Indian hockey team to play like this always and win every match in future too... :)