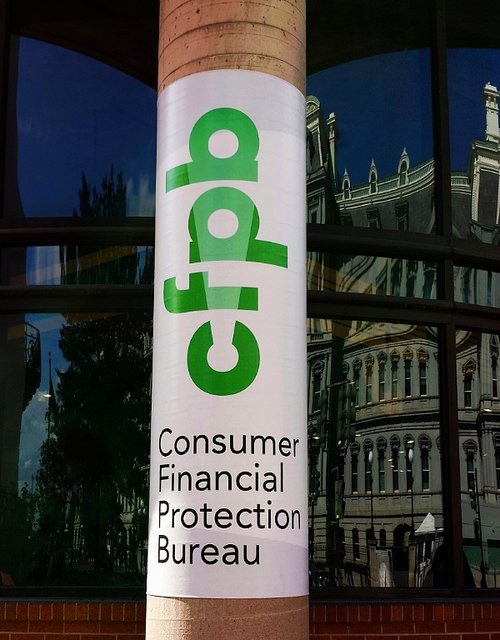 There is simplicity of purpose in the U.S. Consumer Financial Protection Bureau , CFPB, the consumer advocacy agency created in 2011: To give voice to the average citizen in their dealings with merchants and service providers to a federal agency that can and will act on the citizens' behalf.

Common sense would dictate to me that elected officials throughout the nation would happily support such an agency on behalf of their constituents. Common sense, though, has no place in politics.

It was a hard-won battle that the CFPB came to be in the first place. VanityFair.com reported that the Chamber of Commerce, together with various businesses and trade groups, gave lobbyists $1.3 billion dollars to fight against the financial reform of the Dodd-Frank Act, the law that lead to the creation of the federal consumer protection agency.

Yes, even after the financial scandals involving Wall Street and the big banks, some politicians fought tooth and nail against reforms that would help to protect everyday citizens from practices that left many in financial ruin.

The fight to keep the Consumer Financial Protection Bureau is ongoing. The businesses that sought to prevent the agency from being created continue to work to weaken its abilities. Some elected officials would be happy to see the agency's demise.

Sen. Mike Crapo (R-Idaho) recently wrote an opinion piece in Forbes.com complaining about what he refers to as a "massive amount of personal financial information" collected by CFPB. The difference here, I think, is that consumers have provided their information to the CFPB in order to file complaints, receive assistance, etc. The collection of citizens' personal information, financial and otherwise, obtained covertly by other federal agencies escapes this same scrutiny by Crapo.

A Sept. 26, 2014 article at MotherJones.com took a look at what the future may hold for the consumer protection agency should the U.S. Senate change majority from Democrat to Republican.

When I consider the powerful opponents of the Consumer Financial Protection Bureau versus the purpose of the agency and its intent in protecting America's consumers, I realize the capacity the CFPB has to bring about real change -- and the side of the coin on which I stand.

References: VanityFair.com; " The Woman Who Knew Too Much" ; November 2011

You need to realize the CFPB has been granted sweeping powers. They have already re-writen the rules to home mortgages. The amount of compliance training required by bank employees and brokers amounts to learning the origination market all over again. The amount of new paperwork and government employees to process and audit this paperwork is nothing short of mind blowing. Small community banks and credit unions can barely survive on the slim margins of today's loan markets. This new entity will require every financial institution to add compliance people and spend vigorously on continued training.

This new government agency is like the Patriot Act and the Affordable Care Act combined, filled with good intentions but at the end of the day just another major expense we don't need.

Certainly some of the CFPB's mission will help the consumer market but you can also bet your boots we are all going to pay through the nose for it.

I appreciate these insights, Scorpie. I'd like to believe that it is on behalf of the community banks and businesses that politicians are opposed to it, but thus far I don't.

I am sorry to hear that the paperwork and compliance issues intended to make big banks less dishonest is having a toll and community banks and credit unions. I would agree that tweaks to the law will be needed to allow it to be comprehensive without closing down honest businesses.

Shared as well as I could, to my more intelligent friends and readers.

First of all it's not targeted to big banks, It's all lending of any kind or size. This is an important distinction.

Tweaks to the law?? This entity makes it's own rules just like the department of homeland security.

I have already met some of these people and they think they are the Fourth Reich.

I think this is a topic that you and I have to agree to disagree about. I can see that you have strong thoughts and feelings based on your experiences. I understand and am not trying to dissuade you, but it just seems to me a middle ground could be found if there was only the motivation to do so.

Crapo...got the right name for a politician..

Lol, it is funny, eh? I once went to a Dr. Payne and couldn't resist asking him if he found that name to be a drawback in his profession. His last name might just have been sourpuss as he didn't enjoy my attempt at humor one bit.

Haha. Nothing all-that-"nice" about me. Never trust those who are too nice, for no good reason. :)

Thanks for the shares and the compliment. I am blushing on my side of the screen.

This agency has been under fire since Day 1 by those who answer more to wealthy corporations than to actual people.