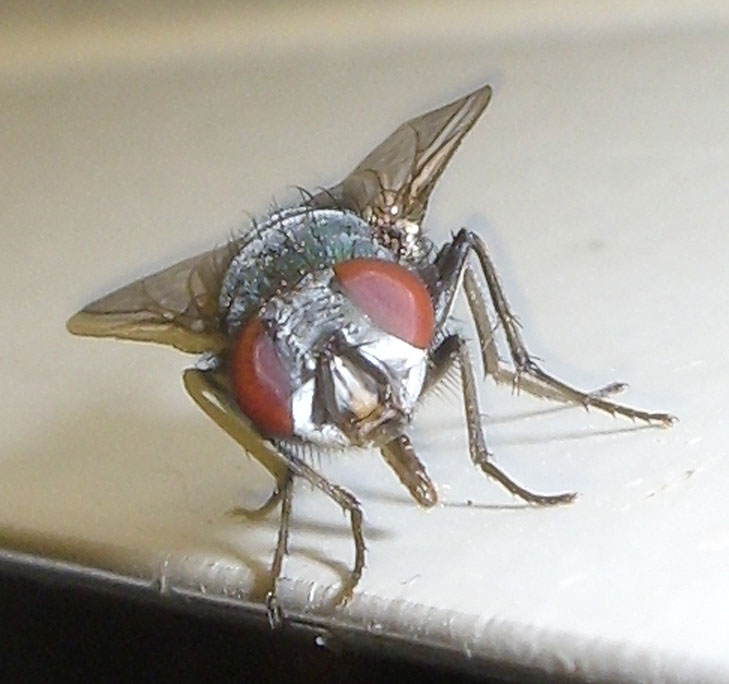 More on the macro photography front. This time it's flying insects. Flying insects come in a variety of sizes. Some are too small to get a photo of them without specialised equipment; others are big enough that to get them to fit in the frame, you need to step back a little. In that case, you won't need to use the macro (close-focus) setting on your camera; just normal focus will do. I prefer lots of detail, though, so I still like to get in close with the macro setting and get part of the insect, like I've done with the dragonfly and cockroach pictures.

First up is a greenbottle, which is a common outdoor fly in Britain - and elsewhere, I guess. They don't usually come indoors, which is fine by me. 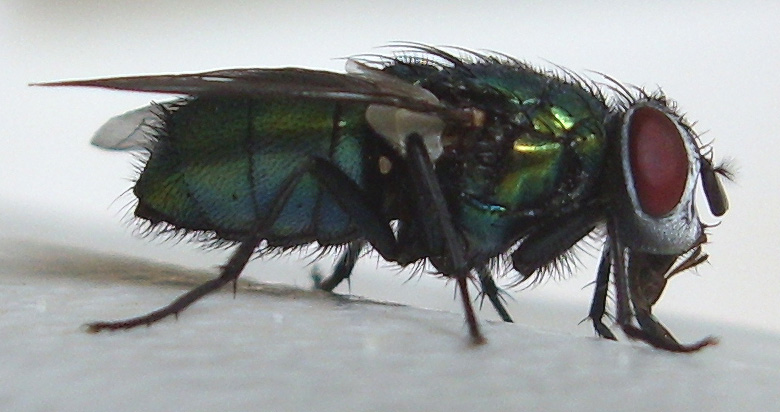 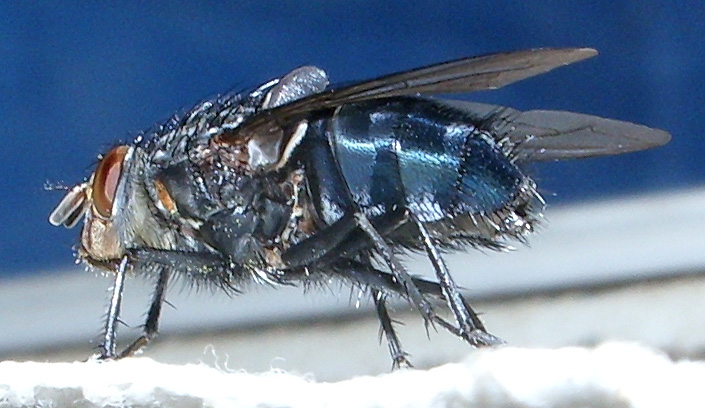 Next it's the dragonfly. They also don't come indoors, but this one did. It must've got lost and took a wrong turning and ended up on my table, where it stayed for a while. I think it's an orange tip dragonfly. Being indoors meant that flash was needed to get the right exposure. Flash can be very useful when there's not enough light, but you need to be careful. It can cause unwanted reflections as in this dragonfly's eye. A camera flash that can be angled is best because at very close distances, it can be far too bright. If you angle the flash above the subject, that can work well. Most of the flash light will miss the subject but enough will catch it with just the right amount of illumination for a good exposure. 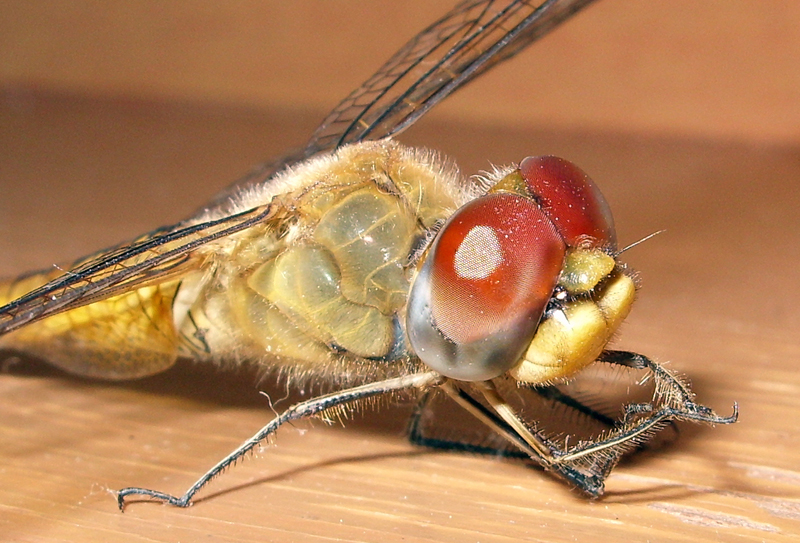 Cockroaches here in Thailand are big and as unwelcome here as anywhere else. They are also hard to photograph as they scurry away quickly. Fortunately they don't fly so often. This one was easy, though, as it somehow had got flipped over onto its back. So not only was it unable to get away, but it's face was visible. Normally, you can't see their face as it's so close to the ground. I flipped it back over after taking a couple of shots and off it went. 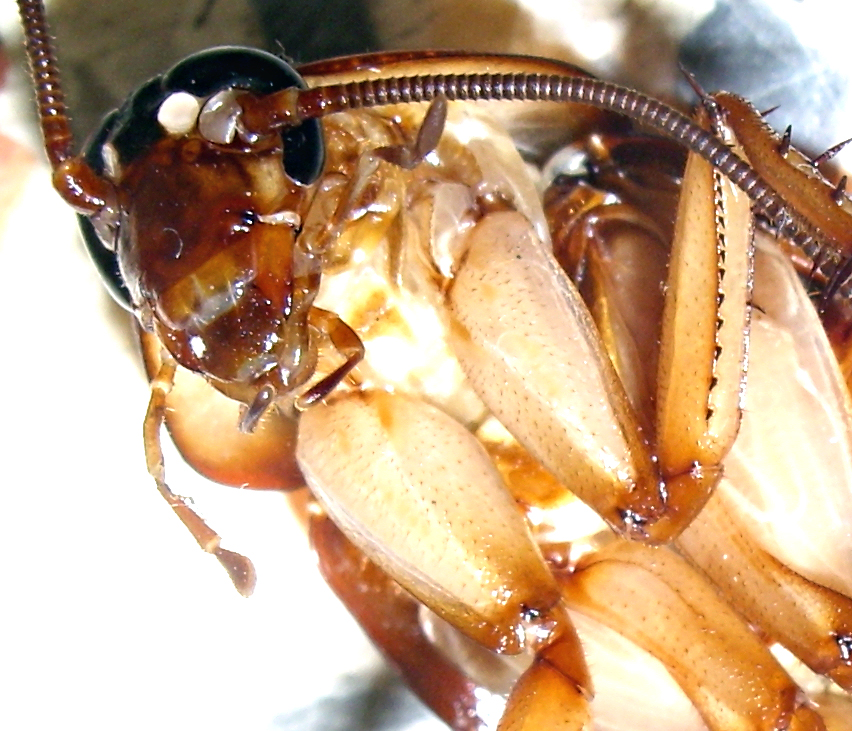 Crickets are far more appealing. Unlike cockroaches, they look friendly and good natured, but that might be due to Jiminy Cricket having a positive effect on me when I was a kid. If you've never heard of Jiminy Cricket, well... that's sad. This shot shows the macro photography problem of limited 'depth of field' that I explained in my spiders article. At close distances, it's impossible to get all of the insect in focus. As you can see, the cricket's antenna and back legs are out of focus. Narrowing the camera aperture helps, but usually not enough. So always focus on the most important part of the subject to ensure that at least that part will be in focus. 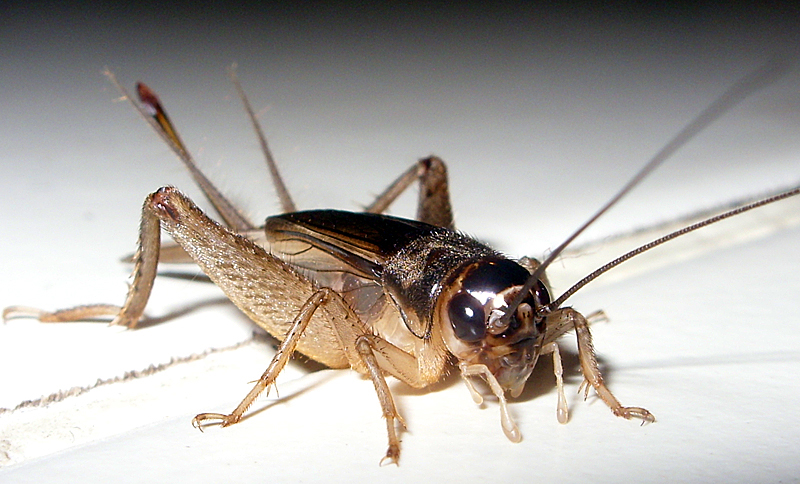 That's it for this batch of macro shots. I hope you enjoyed them and haven't been put off your next meal.

I love this type of photography but prefer live subjects and outdoors. The outdoors adds something. Have a look:

Very cool shots! I have one of a fly on here, but I wasn't close enough for it to be a macro and didn't have a macro lens at the time.

Another set of great pics!

Thanks AngelSharum - I've never owned a separate macro lens. I just use the macro setting on my camera.

Great shots there Scorpie. Yes, outdoors is best and, of course, they must be live. There's no satisfaction in photographing dead bugs.

My lens is 18-55 that came with the camera. Can't do true macro shots with it.

These are great shots, though they aren't of my favorite subjects. I have to admit that if there's a fly in my house, I'm more likely to swat it than try to photograph it.

Excellent collection of photography, love to visualize the minute details of the insects and their colour combination

Thanks BarbRad and Mydreams - I hope to add some more soon

Wow, amazing photography they look awesome up close! Wish I can do that

That is very nice and interesting photography. I like that attention to detail. I also hope you will come back here to write soon.