Glad my cat is home 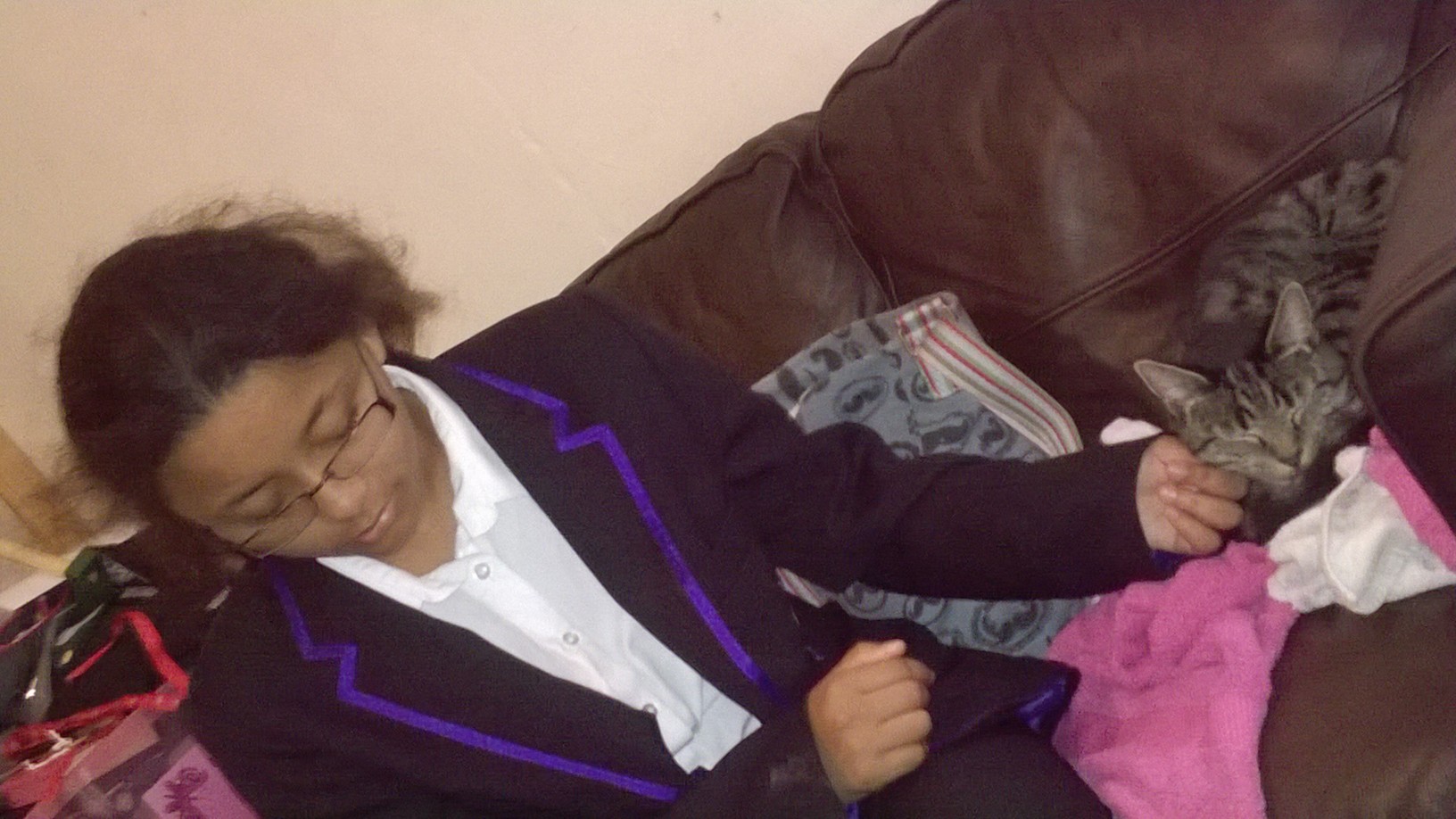 usually i have both cats in by midnight and they settle down for the night.

I just cant settle without them coming home, so last i didn't get much sleep because tiger didn't come in.

God knows where he was, i tried calling him, whistling him, shaking treats, putting fresh cat food down etc but there was no site of him.

I did hear a cat cry out in the park behind my house so this made it worse, i had visions of him being cornered by a bigger cat or fox or something.

Eventually i had to get some sleep but was distraught to not find him sat on the doorstep at 6 this morning.

Around half hour later he came strolling in from the park, scoffed some food, had a few strokes from us all, padded on a pile of towels and flopped down to sleep.

He is wet too, been sleeping for almost a hour now.

He best come in tonight, he hasn't done this in over a year before i got him nuetured

I do wonder why i cant just leave the cats out all night and just sleep without worrying but its just not me.

my cats are my babies too.

Yes, fur babies! I don't leave my cat out because at about 2.00am she decides she wants in and lets us and the whole neighbourhood know about it!

I'm so glad he came home. Most of my feline friends are outdoor cats and seem happy that way. But I think they would b safe in at night, except they let the dog in at night, and the cats and the dog don't get along.

yeah i do worry about my furbabies, usually tiger is the one that always comes in so god knows =what he got up too lol

glad your cat came home and glad that you love your cat so much we need more people like you.