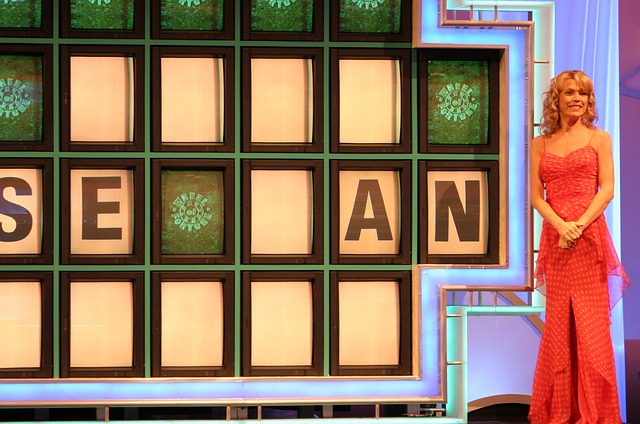 I know, I know, the local version of 'The Price Is Right' hosted by the presidential sister has seen its season long run end a couple of years ago. I've always wanted to join a number of local game shows and game show portions in our local variety shows.

Among those that I want to join and hopefully win are/were 'Who Wants To Be A Millionaire?' , 'Pinoy Henyo' (translated as 'local genius') in the local afternoon show Eat Bulaga , 'Wheel of Fortune' , and 'Game Ka Na Ba?' . I also wanted to join 'Million Dollar Drop' and 'Deal Or No Deal?' .

The one game show that I always wanted to join is a defunct game show, 'The Weakest Link' . Not only does it tests your general knowledge but it also tests your game play strategy. Do you get rid of the immediate threat or do you keep the smartest ones until the end? Aside form the instant celebrity status that one gets when you join a game show, you also have a chance to win great prizes.

So, what game show or game portion do you want to join should you be given a chance? cheers!!!

Tips On How To Have A Successful Garage Sale

I remember the Weakest Link. I don't think it's on anymore at least not in my area. I would love to join Survivor just to see how long I would survive...lol. Not sure if that qualifies as a game show, but I think it would be fun to be on Family Feud.

I would have liked when I was young but now, no, thanks.

Age ain't nothing but a number MegL .

The Weakest Link ain't on anymore. Survivor is a good pick. Family Feud is nice as well. I won't mind being part of these two shows.

That's true but hopefully, I am learning common sense!

allen0187 I don't usually watch or like these type of shows, but I did like The Weakest Link. Other show I used to watch from time to time was the Amazing Race.

Interesting how the word Henyo sounds like the spanish word Genio

obviously from our common Spaniard ancestors.

I'd love to be on many game shows. One I've always liked is Wheel of Fortune, but anything somewhat easy where I could make lots of money would be great!! ; P

We have a lot of Spanish influences. Being under their thumb for 300 years does that.

We have our own version of The Amazing Race. It ain't that good. LOL!

We had Wheel of Fortune but it ran for only one season.

I've rarely watched any game show as an adult, but when I was a kid, I used to enjoy "The Match Game" when my mom watched it every afternoon after her soap opeeras. I loved that show - it was so irreverent.