Phrase Origins: A Picture Is Worth A Thousand A Words

ABSTRACT: A picture can be worth a thousand words, but a picture can never tell you the origins of phrases!

I often hear people say "a picture is worth a thousand words" and it can be very true.

Sometimes, as a person who has writing skill, but not much artistic skill, I can be quite jealous of this fact. However, at other times, I love the fact because from one simple little picture drawn or painted, I can write at least one great story.

The meaning should be obvious. That one picture can tell a story just as well as a thousand words. In fact, in order to be a good author, I've had to learn that it is important in short stories and novels to learn to "paint with your words," and not leave the plot or characters alone, either. However, when writing plays or short scripts, details such as skin color and height should not be put into the script unless they are very important to the story because you want a variety of different people to be able to play the role.

Being that in a script, the role is meant to be acted out and seen, this is where the picture is painted and where I'd have to "paint with words" in a novel or a short story.

This phrase is unique to the United States. Its introduction is attributed to Frederick R. Barnard. However, when he wrote in Printer's Ink in December 1921, "One look is worth a thousand words so said a famous Japanese philosopher, and he was right" is not correct.

In 1927, Printer's Ink wrote that a Chinese proverb was "a picture is worth ten thousand words." This is not correct either.

Plenty of things had been considered worth ten thousand words before a picture.

These things include a timely deed ( The Works of Mr. James Thomson , 1802), a tear ( The Trust: A Comedy, in Five Acts , 1808), and one fact well understood by observation and well guided development ( The American Journal of Education , 1858).

It seems that the first time it was said that picture can be used to show what many words can say was in 1862 in Iven S. Turgenev's novel, Fathers and Sons .

It says, "The drawing shows me at one glance what might be spread over ten pages in a book."

An early 20th century ad for Doan's Backache Kidney Pills showed a man holding his back and had a caption that read, "Every picture tells a story."

However, neither of these two things led directly to the phrase "a picture is worth a thousand words."

How those two got to be united is unknown. However, the earliest known written form of the phrase is in an instructional talk given by Arthur Brisbane, the editor of the Syracuse Advertising Men's Club in March 1911.

It said, "Use a picture. It's worth a thousand words."

Source:
Martin, Gary. " A picture is worth a thousand words ". The Phrase Finder. June 9, 2010 http://www.phrases.org.uk/meanings/a-picture-is-worth-a-thousand-words.html>.

Phrase Origins: A Penny Saved Is A Penny Earned

Phrase Origins: A Pig in a Poke 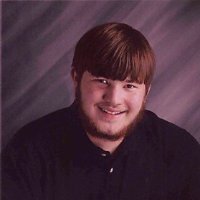 This is a really cool series concept! Looking forward to more of these phrase histories!

My picture is probably only 100 words.