Ive had problems with my weight and have issues with eating disorders since i was about 6 years old , im currently about 6 stone over weight and Ive always struggled to lose it.

In January i was diagnosed with diabetes and after a search online i found a group on Facebook full of people who were following a low carbohydrate and high fat diet, some had been following for years and had been able to stop their diabetes medication, so i thought i would try it.

To cover the basics a diet low in carbohydrates and high in fat forces the body to burn fat rather than sugar and carbs, therefore keeping the blood sugar low.

All i had to do is cut sugar, bread, potatoes,rice, pasta flour, vegetables like carrots and sweetcorn out of my diet, what i ate instead was chicken, meat, bacon, eggs, full fat cheese, cream, and cream cheese mainly, i also ate lots of leafy cabbages and salads and a little mayonnaise.nuts, a few berries. There are lots of other things i could eat as well , i googled low carb high fat .

It sounds hard but as long as it didn't contain sugar and i stuck to under 50 carbs a day it would keep my blood sugar low. I soon stopped craving cake and started to crave sprouts with butter melted over the top.

From the second day after my diabetes diagnosis i began to lose some of the symptoms, like blurry vision and dizziness, and my blood sugar began to drop.

After 7 days it had dropped from 27mmol to to 15mmol and then after a week or two it stabilized at around 5-8mmol.

Not only did the diet lower my blood sugar, it also lowered my weight, i did no exercise and didn't diet other than cutting sugar and carbohydrates, didn't count calories or anything but after the 7th day i was surprised to see that i had lost 9 pounds of weight.

All my bloating around the middle had gone, id dropped a dress size and had more energy.

Stupidly after a few weeks of losing weight i ate some birthday cake on my daughters birthday and ever since i have fallen off track, im one of these people that cant just have a bite of cake and leave it, i either have to stick to it or not stick to it , there's no in between with me.

I have put on weight again, my stomach is bloated again and im tired more and more worryingly is my blood sugar is creeping back up to the 15mmol mark, so Ive finally given myself that kick up the rear and going back to low carb high fat again on Monday.

here is a picture of me today, i am planning to post every few days on how it is going from when i start again on Monday and i will be doing a weekly weigh in with a picture each Thursday. 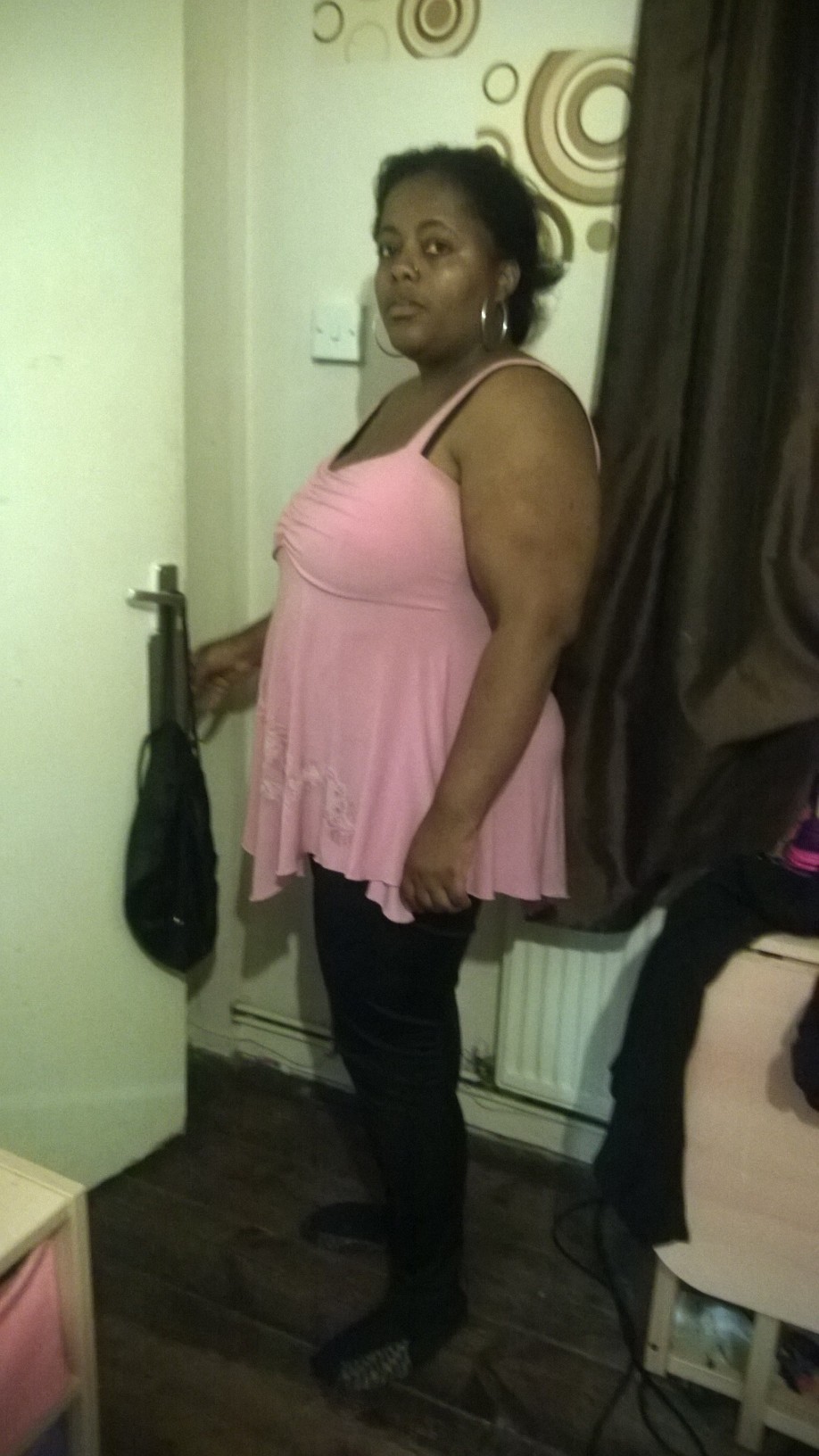 I used to go to weight watchers years ago and i lost weight better when i had the pressure of a weekly weigh in , so that's why i am doing this, ill wear the same top and pose to the side each week as well so i cant cheat and say im losing weight when im not, not that i would do that anyway.

Ive had a lovely day out with my children today

I would suggest a 1200 calorie balanced diet and a new exercise regimen. Diets never work in the long term. Building muscle through exercise is long-lasting.

scorpie , i dont follow any diets as they dont work, and nore does countng calories, when i count calories i begin to obsess and it isnt good for me, exercise is hard too because of my fibromyalgia but i do force myself to do a few hours walking a week, my plan is in no way a diet, in fact i probably eat more lol.

I've battled my spare tire for 40 years. The only time it's under control is when I go to the gym regularly.

When I get hungry, I eat two tablespoons of butter. Just plain butter. I might also eat two tablespoons of peanut butter and then some butter. When I am eating vegetables, I try to eat an avocado when I can. When you get hungry, find something fatty to satisfy your stomach. I lose weight just eating butter. Eat some eggs with butter or coconut oil.

&vserro1 yes on the low carb plan its encouraged to eat butter and fry foods in oil etc, when im on the plan i eat a whole avacado for breakfast.

I hope you have great success. It's good you found a way to feel better.

i try to eat mainly fresh stuff and stick to things under 0.5 carbs . thanks