Pen Names Affect What Readers Think About You 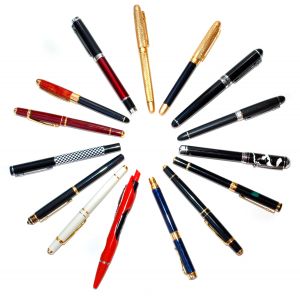 I recently decided to analyze the organic social media shares of and backlinks to all of my online content. It was quite a task.

It was tedious but fairly easy to do on self-published online content. But the numbers got pretty murky when trying to do this analysis on content created for others or published in magazines. That's because the organic shares and backlinks are hard to separate from paid promotions without more inside knowledge of the business that purchased the writing. The backlinks and shares on content I publish on blogging platforms and other self-publishing platforms is easy to analyze because I do very, very little self promotion and instantly recognize it all. Anything I didn't do myself could be assumed to be organic in those cases.

I wrestled with figuring out what shares and backlinks were organic and which were fertilized with money on those articles I'd managed to sell to magazines or had created for clients. I eventually just decided to split the numbers from any grey areas in half and call it good.

I was doing the analysis to find out who was sharing my content and where they were sharing it. I want to know my sharing audience. After all, they are the key to viral content. Nothing goes viral without getting shared by the right people in the right place at the right time.

I separated the data by topic and I couldn't find much of a pattern I didn't have to squint and stand on my head to see.

It was a complete muddle until I separated the articles not just by topic, but by byline as well.

That's so weird I feel I must repeat it. I separated the articles by byline as well as by topic and patterns clear as glass emerged. The male and female breakdowns are rough estimates based on 25 to 100 randomly sampled usernames and a few bylines and probable legal names that shared each article. I threw out all of the androgynous handles of which there are legion on Twitter.

(Yes, I enjoy sorting data far too much for it to be healthy. I thought sorting buttons was great fun when I was a kid, too. Both are relaxing and distract me when I'm anxious. Nobody said I was normal.)

I keep my writing names separated to an almost religious degree except for my Kylyssa byline. She is my kind of sloppy catchall pen name and very easily associated with my legal name. Obviously, by the nature of non-disclosure non-circumvention contracts, every piece written under a NDNC contract must stay forever secret. Some of the other names my writing has appeared under seem to have an affect on the popularity of material I write so I like to keep them close to the chest, too. So I'll just use only very general descriptors for those other names my work appears under online.

I have one sexy pen name. Mostly men share her sexy stuff and only her sexy stuff, mostly via social media. People sometimes share sexy stuff written by Kylyssa, too, but they share social issues content, philosophy, and craft tutorials from that byline, too.

I find it all extremely annoying.

It's all me. It's actually even mostly all in one voice except for the ghost work. If someone came up with a writing voice matching algorithm you could probably use it to find almost all of my most popular bits online no matter what byline I used. I write things before I decide "who" gets the byline.

I guess now I'll know how to figure out what pen name to use on any given piece. I'm still annoyed, though. Ugh, why do readers care so much about who they think the writer is? Why can't words speak for themselves?

What do you think? Should names matter so much?

I've never thought about it. Although I have different user names on many writing sites, I've only really disguised myself on one of them. I tend to want to read people I know, and if they keep switching, I don't recognize them and might not read them.

Handles might actually affect the author as well if you have developed a persona for that handle. I use completely different handles for each site but the persona is the same. I'm not very interesting.

If you don't write on any science or technology topics or create any "manly" DIY tutorials you probably don't need to ever think about it. I am naturally curious about how things work and I'd like to know why the articles I wrote go viral. I'm obviously on to something because, while an article I got de-indexed from Google and then re-posted with a non-female byline hasn't gone viral yet, it's picked up close to thirty thousand views since then compared to the ten or so a week it got for over a year under a distinctly female pseudonym.

The idea is just to write topics people accept from a specific pen name under that pen name. If people only accept technology, "male" DIY, science, and intellectual philosophy from male-sounding names when I write it, I'm going to write it under male-sounding names. Why give up on writing viral content in a genre just because readers don't trust women to write it?

I base my reading decisions solely on the quality of the writing and whether or not the topic interests me. I develop favorites in topics but I don't tend to read any of their work in topics that don't interest me.

Other than when I write ghost, I use my own persona and decide which handle to post or submit a piece under after the fact. Now I can clearly tell which handle needs to go on what.

I wish I could use my Kylyssa Shay name (the one clearly associated with my legal identity) to write about nanotechnology, building gadgets, citizen scientist projects, and science fiction. I would like to have those be the things I am associated with but readers seem to have name-based expectations that I had no idea were so extreme.

I don't have a pen name for me in my writings. I do hope you will come back here to write and interact with the posts.